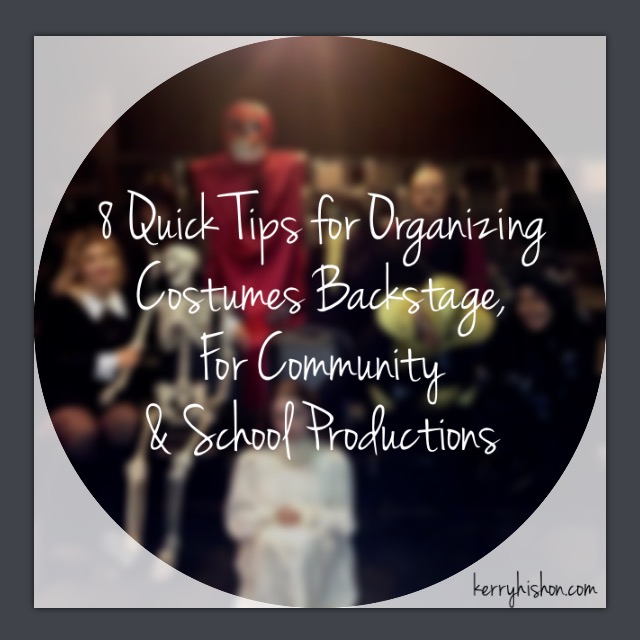 The backstage area can quickly become a veritable tornado of costume chaos with big casts. I’ve been there; the biggest production I’ve directed so far was The Wedding Singer last year, which had 36 high school-aged actors and lots of costume changes! Yet that’s small potatoes for some; I’ve seen school productions which include entire grade levels… 100+ kids!

Unless you are fortunate enough to have individual dressing rooms for each actor, it’s pretty much a given that there will be one common area where all the costumes are kept, and where actors get dressed before and after a show (separate gendered rooms if you’re lucky, but that’s not always the case — keep these items in mind in that case!). As well, most community and school theatre productions are not staffed by a team of costume designers and dressers; more likely it is the responsibility of a group of dedicated volunteers and/or parents, who need quick and easy ways of keeping the chaos to a minimum.

To keep your costume area sane and tidy, here are some quick tips to help you out.

Extra Credit: Theatre Etiquette: Concerning Costumes, A Young Actor’s Toolkit, 9 Items That Should Be In Every Actor’s Hair Kit