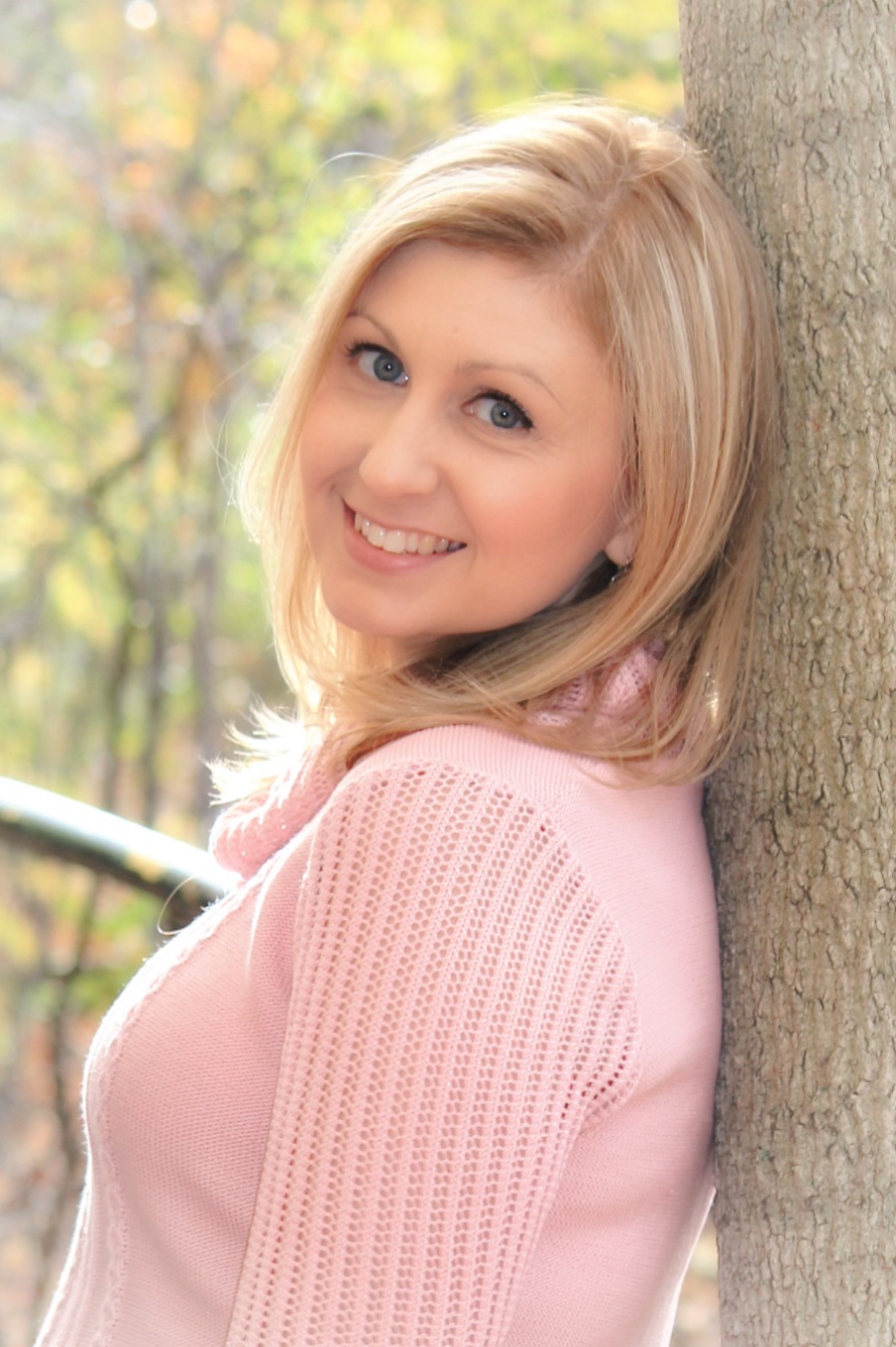 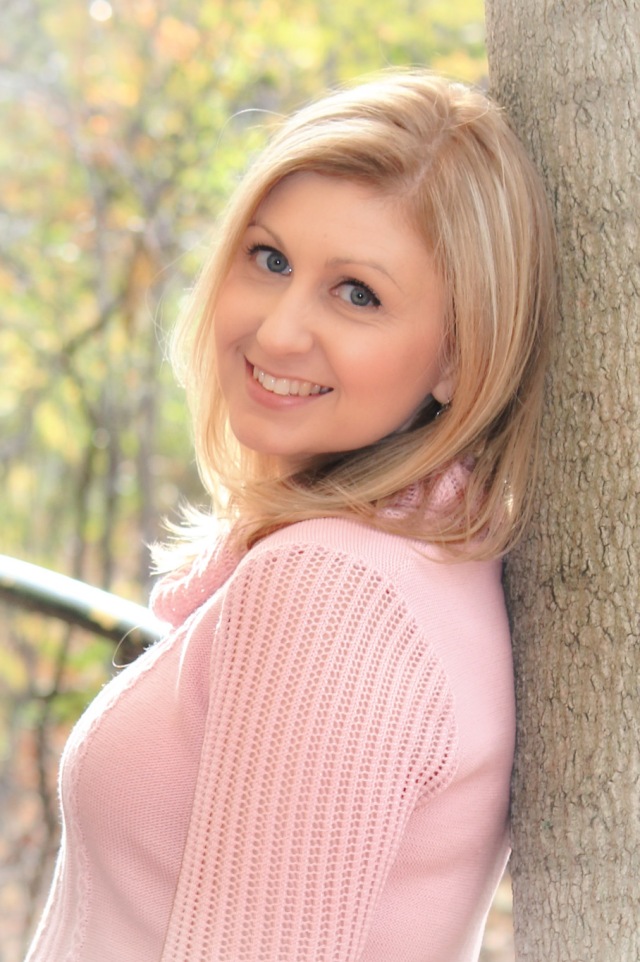 This week’s Theatre Talk features Whitney Bolam, costume goddess and business babe! I met Whitney many years ago during a production of London Community Players’ Dark of the Moon. Since then, we have been in a number of shows together, and Whitney has grown her business, The Costume Shoppe, into a thriving London gem! Read on to find out more about this talented lady!

My name is Whitney Bolam and I am a costumer, a sewer (that’s sew-er) and the owner of The Costume Shoppe in London Ontario. I’m a Costume Designer for community theatre, a Wardrobe Maven for the London Community Players, and from time to time I can also be found on London’s community theatre stages as an actor.

A few years ago, I became involved with community theatre here in London, volunteering as makeup designer for an elementary school production of The Lion King. From there, I began auditioning for various shows, always volunteering to help with costumes along the way. Often times I have found myself pulling double duty, being onstage as an actor as well as working backstage on costumes.

Over the past six years I have costumed over twenty community theatre productions, assisting with many others as an assistant, a sewer and a dresser. I’ve done three seasons with Oakville Children’s Music Theatre, a small theatre company in Oakville Ontario, working as their Costume Designer and Head of Wardrobe, where I costumed up to six productions, or 190 children, at a time.

In 2012, I started a small business called The Costume Shoppe, where I rent and sell costume pieces and accessories for theatrical productions, photo shoots and special events, including Halloween. Using a combination of hand-crafted costume pieces together with purchased items, I personally work together with directors, designers, photographers and individuals to create their desired look. I have worked with a number of theatre companies, high schools, businesses and several individuals who have rented from my growing collection of period, vintage or vintage-inspired and fantasy costume pieces. Through The Costume Shoppe, I also welcome special orders for custom creations, for everything from superhero capes to fairy tale gowns, which can be custom ordered and purchased by request. I’m currently working with the London Children’s Museum, creating unique and easy-to-wear children’s costumes based on the themes of the museum’s various galleries. 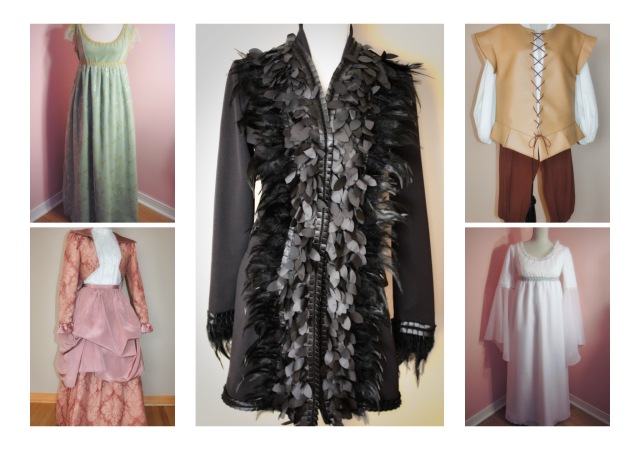 I have always loved acting, dressing up and pretty much anything dramatic. From about the age of 12, whenever someone would ask me what I wanted to be when I grew up, I would say “an actor on Days of Our Lives,” but things changed once I went to university.

I have a Bachelor of Arts degree from the University of Guelph in Theatre Studies, and it was during my time at Guelph that I fell in love with working backstage. Two instructors, who displayed such passion for their crafts, introduced me to the world of costuming, and I’ve never looked back. Paul Ord, the Technical Director and Jill Gill, the Costume Supervisor taught, challenged and inspired me for four years, and it’s because of them that I found a path that I never expected to find. 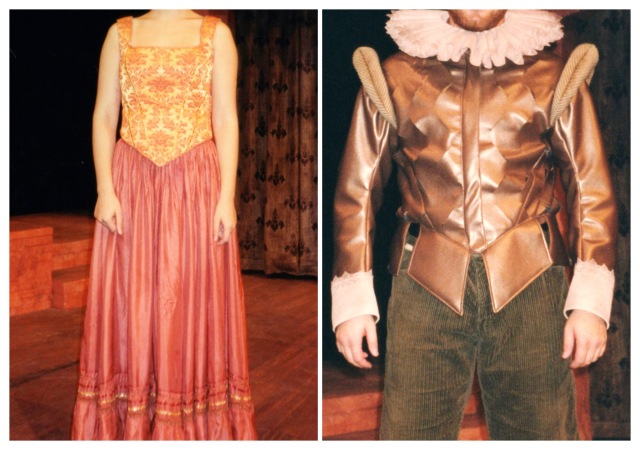 Since graduating from university, I have volunteered as an actor and a costume designer with the London Community Players and other community theatre companies, where I have been very fortunate to work with some incredibly talented individuals. I am amazed by how much I’ve learned about what to do (and sometimes what not to do) simply through observing and being involved with theatre.

A few years ago I opened The Costume Shoppe as a source for specialty costume rentals, many of which are constructed my me personally. Since there are not many places from which to rent costume pieces in London, especially for theatrical productions, I decided to come up with a business plan where I could share the collection of costumes I had made over the years at reasonable rental prices. The Costume Shoppe has assisted with a number of theatrical productions, photo shoots, special events and even a music video. In just a short time, The Costume Shoppe has grown to also include custom creations, where a client can request a specific costume piece to purchase, rather than rent. 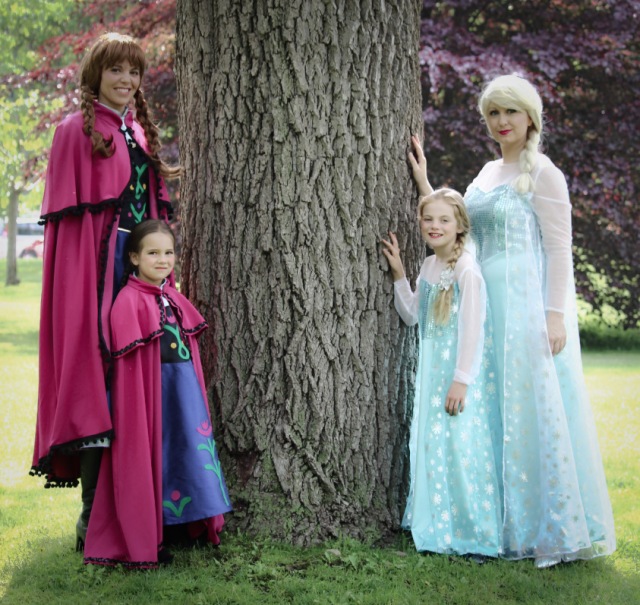 Last year, I went back to school so I could expand on my knowledge of costuming. Technical Costume Studies is a graduate certificate program at Fanshawe College and over the next few years I will continue to study part-time as I learn new costuming skills such as pattern drafting, hat and jewelry making, fabric painting and dyeing as well as the aspects of working in professional theatre.

The Three Musketeers: LCP produced this massive show in 2010, and no one wanted to take on the challenge of designing the costumes. The director put out a call for costumers, and because I was already involved with the show as an actor, I joined a small group of ladies, and we threw ourselves into 17th Century France, building dozens of doublets, gowns, jewelry, hats and tabards. After several months of meetings, fabric shopping, sewing and fittings, the show was ready for the stage and included over 350 costume pieces! 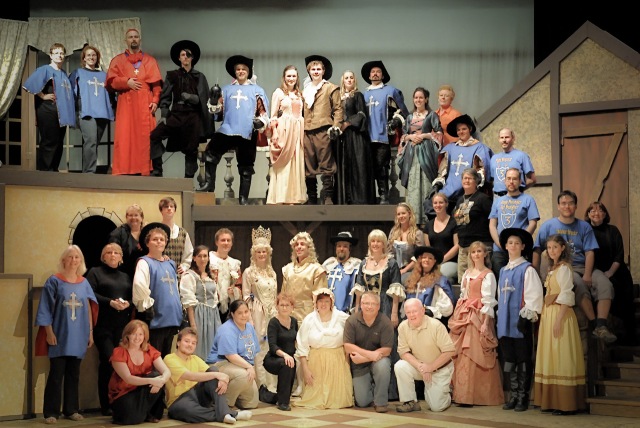 Antony & Cleopatra: In 2011, as my first solo design project, I took on the challenge of costuming one of Shakespeare’s longest plays. Drawing inspiration from Ancient Rome and Egypt, I designed and hand-crafted each costume piece from scratch, and I couldn’t have been happier with how beautifully everything came together. 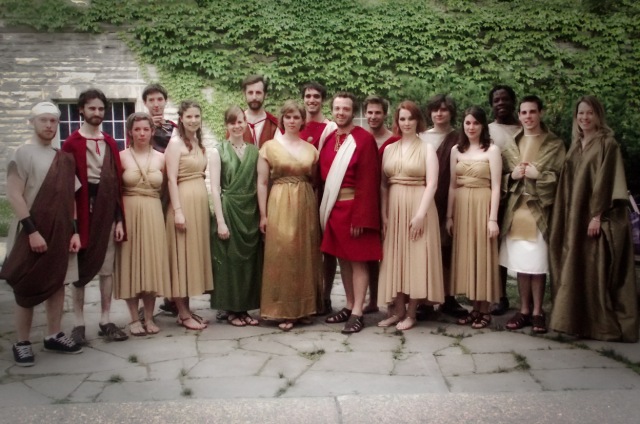 Edward II: The director for this production wanted the design concept to be “out of time,” which gave me an opportunity to try something very different from anything I’d done before, and from anything that had been seen on London’s community theatre stages. Designing the costumes as well as the makeup, I created a world of cyber-punk Goth, with a mash of blacks and silvers, leather, sequins and feathers, coloured hair extensions and lips, as well as intricate tattoos, which provided an effective backdrop for the tumultuous court of Edward II of England. 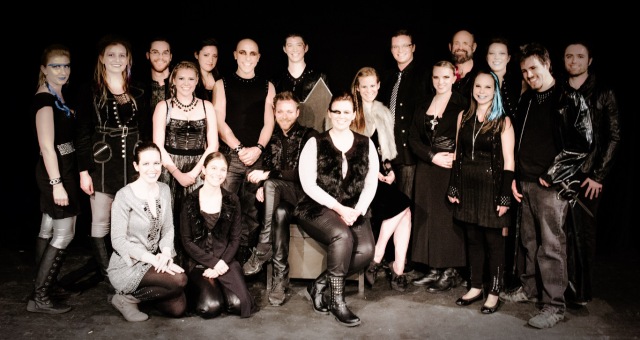 [They Fight!]: Not only did I get to work with a fantastic team of costume designers to put together a collection of fight scenes for this unique Fringe production, but I also got to play Buffy, the Vampire Slayer, wielding an awesome knife, taking on my friend Kerry Hishon as Faith! This was definitely the best time I’ve ever had on stage. 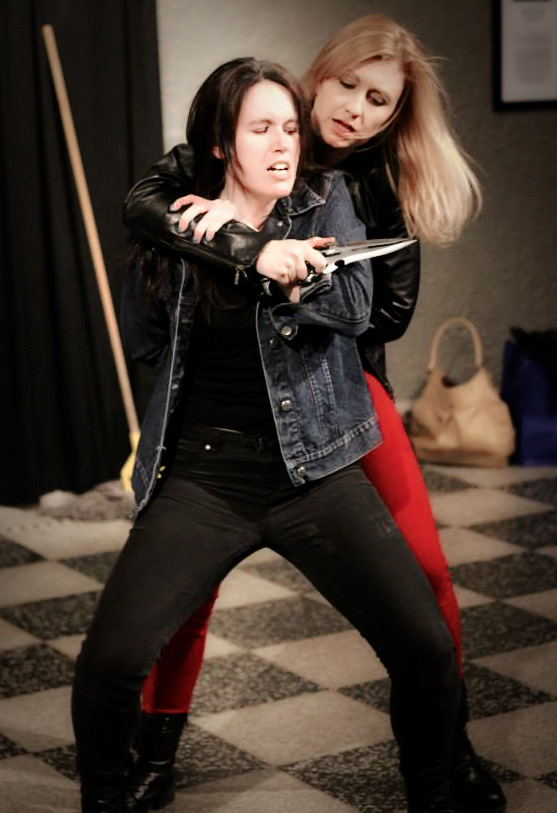 Do you have a “war story” from your performing/theatrical past that you’d be willing to share?

Costuming actors can be challenging at times. Sometimes actors only want to look pretty, which is difficult when they are playing a role which requires them to be anything but. Sometimes actors have very specific ideas of how they feel their character should be dressed and at times, will complain or fight to get their own way. Sometimes actors lie about their size, which I’ve never understood because the tape measure always tells the truth.

Working with kids has its challenges as well. They grow so quickly and unpredictably that measurements have to be taken not too long before costume construction begins, which can become a time management issue if there are a lot of costumes needing to be built, and one must keep in mind that alterations for kids are inevitable. Kids also have parents, many of whom are helpful and pleasant to deal with, but parents can be very protective of their children, and at times this can make the parents difficult to deal with.

As a Costume Designer, I have had good and bad experiences. Each production comes with a new challenge, but each new challenge gives me the chance to become better at what I do and to become more creative in finding solutions that help make the production a success.

I’ve just finished costuming Steel Magnolias for the London Community Players, which will be onstage at The Palace Theatre, October 8 – 18, 2015. Tickets are available by calling 519.432.1029 or online at www.palacetheatre.ca. 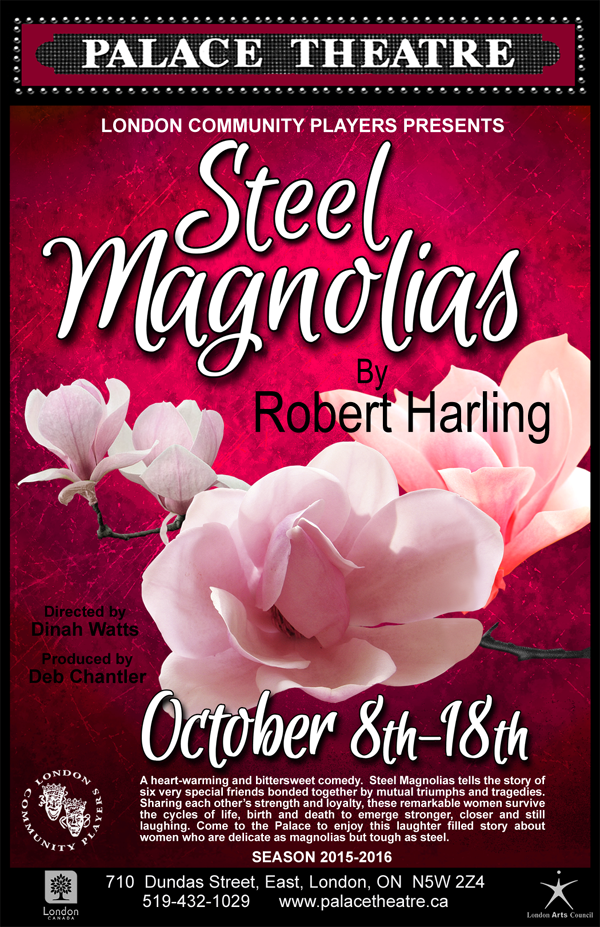 I will also be assisting with some sewing projects for LCP’s upcoming production of The Trials of Robin Hood, which goes onstage at The Palace Theatre, December 3-20, 2015.

Steel Magnolias will be my last costume design project for a while, as my husband and I are expecting a baby in February, and I will be taking some time off from theatre to focus on my family.

I love being my own boss, and I love the creativity that comes with being a costumer and the owner of a costume rental business. On any given day I can pull out some fabric and create an entirely new costume, whether at the request of the client or simply because I feel like it. But, I have also really enjoyed being back at school and learning how to make costume accessories, like hats and jewelry. Once I graduate from Fanshawe, I would like to find a position working for a professional theatre company in the Accessories Department. Since working in professional theatre is often seasonal, continuing to operate The Costume Shoppe on a part-time basis would give me the opportunity to continue along both career paths. 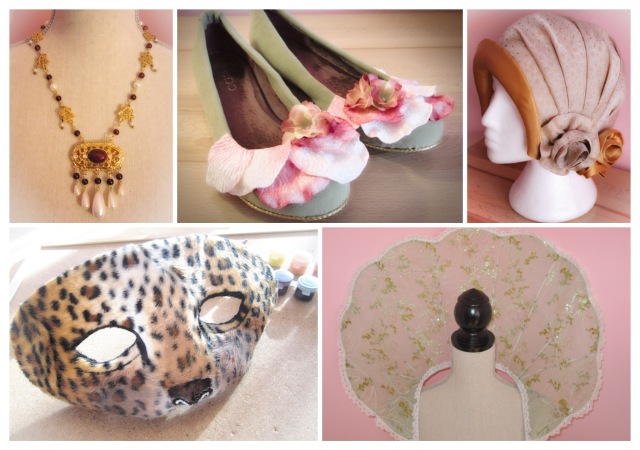 I’ve often said that I love what I do, because I do what I love.

Be brave; find what you love, what you’re passionate about and do that. Learn everything you can from everyone and everywhere you can, and become what you want to be. And remember that it’s never too late to change direction.

Be involved; volunteer with a local community theatre group, take sewing classes and find a good post-secondary school. There are lots of universities with excellent theatre programs, and there are some great colleges with specialized costuming programs that will not only teach you the technical skills of costuming, but will also help with networking and building contacts with professional theatre companies within Canada and around the world.

Be well-rounded; costuming has many sides, so learn to sew or improve upon the sewing skills you already have; build a portfolio of projects you’ve made; take a drawing class; study fashion history, world history and literature; take a class on the basics of business; get to know your fabrics; and most importantly, develop your social skills. As a costumer, you will encounter every type of personality there is!

Be a dreamer; one of my favourite quotes says, “There are no small parts, only small dreams and the theatre is no place for small dreams.” (Bigger Than the Sky, 2005) 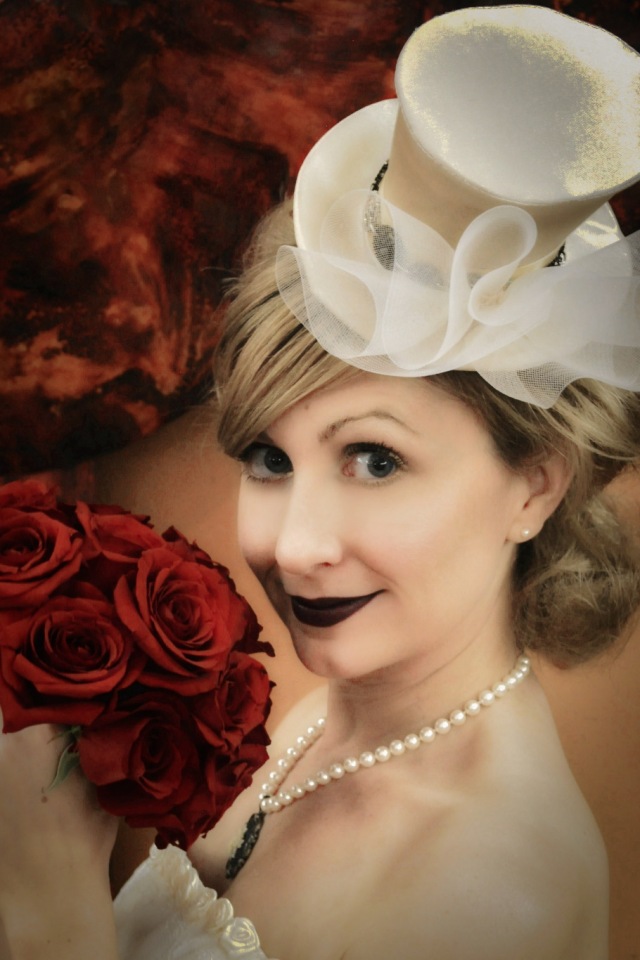 Thank you so much for sharing, Whitney!

One thought on “Theatre Talk With Whitney Bolam, Costumer & Owner of The Costume Shoppe”