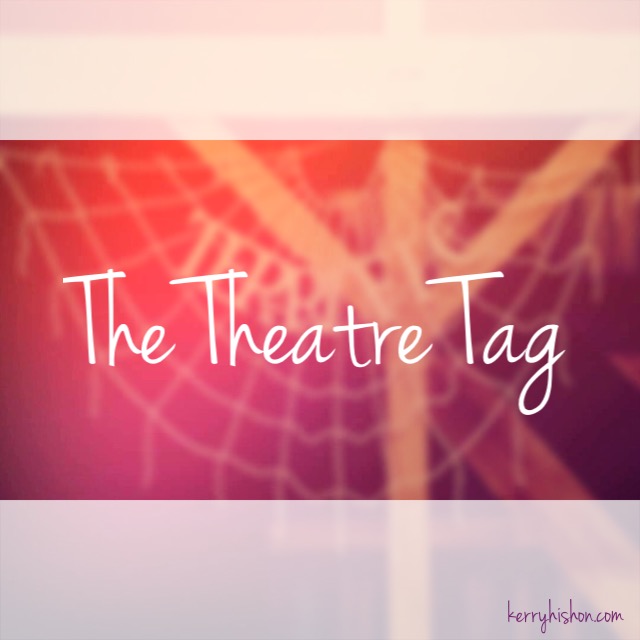 Sometimes when you’re strapped for inspiration (and you’re blogging late at night), it’s fun to complete a tag questionnaire! This one comes via Theatre Girl. I did another one back in November about musical theatre.

Completing a tag questionnaire could be a “great getting to know you” game with a new cast! Or, you could answer the questions anonymously, mix up the answers, read them out loud and guess which actor gave which answer!

So… on with the questions!

I’ve been watching theatre since age 6, and I was in my first show in grade 2: The Little White Rabbit Who Wanted Red Wings. I played Mrs. Butterfly.

Sabine in Ken Ludwig’s The Three Musketeers. Second would probably be Macduff in that Scottish play.

Only do theatre if you really love it. Theatre is a big commitment.

Actors talking while the director is trying to direct, and divas.

Strengths: Stage combat skills; I learn choreography quickly; I look younger than I am; good projection skills
Weaknesses: No vocal training; highly unlikely to play ingenue roles; takes me a while to memorize lines

I’m inspired by anyone who you can tell truly loves and enjoys what they’re doing. (What a cop-out answer, eh?)

Extraordinary Girl in American Idiot, Wednesday in The Addams Family, Molly Astor in Peter and the Starcatcher.

Stripping on stage in The Rocky Horror Show with four of my Original Kids in the front row.

Meeting my husband at a cast party.

Probably performing in White Rabbit, Red Rabbit… a solo show where you don’t get the script until you step onstage to perform!

If you’re looking for more fun, be sure to check out the Top 10 Instagram Challenge, which begins TODAY! 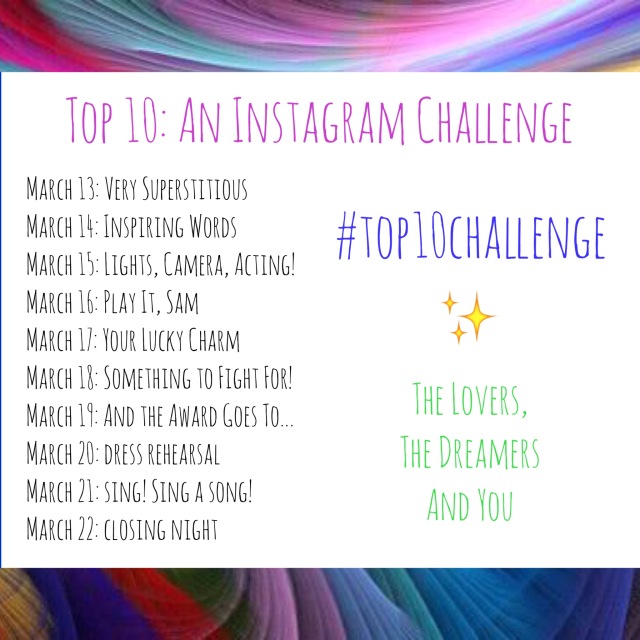 One thought on “Fun & Games: The Theatre Tag”