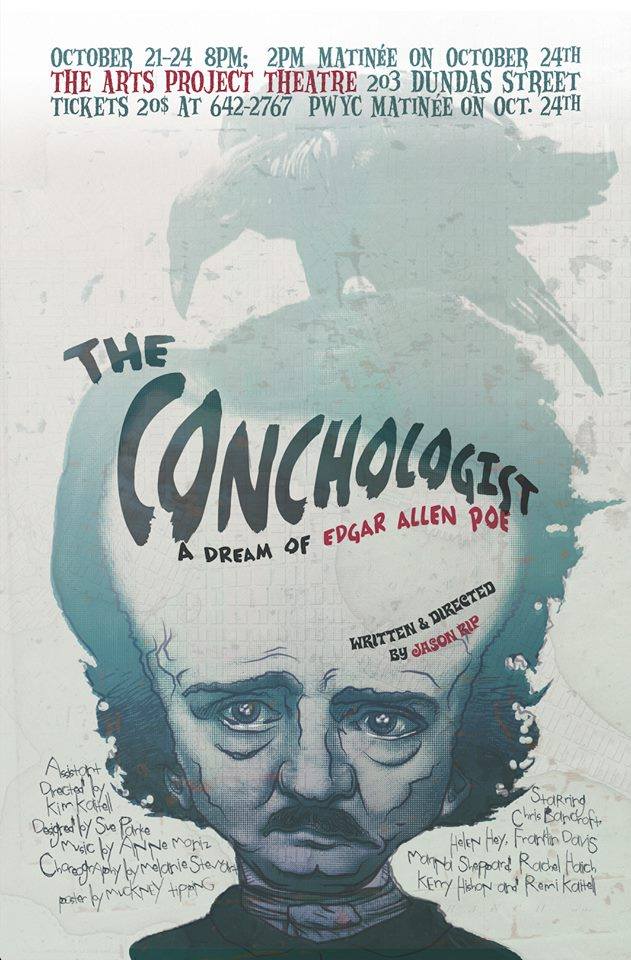 I’m excited to announce that THE CONCHOLOGIST: A DREAM OF EDGAR ALLEN POE, opens tonight! This has been a very challenging show to work on, with lots of physicality to explore and weirdly wonderful characters to develop!

We’ve been featured in the London Free Press, be sure to check it out!

On October 3, 1849, Edgar Allan Poe was found drunken and dishevelled on the streets of Baltimore. He entered into a three-day coma from which he never recovered, dying on Oct. 7. Rip’s play explores what went on in the famed writer’s mind while unconscious. According to Rip “the events and characters of his troubled life and times became the entirety of his perceived world.” He is visited by his dead wife Sissy, as well as a menagerie of personal symbols: a raven, a gold bug, a black cat, and an orangutan. Aside from being a master of macabre fiction, said Rip, Poe had a secret love of seashells. 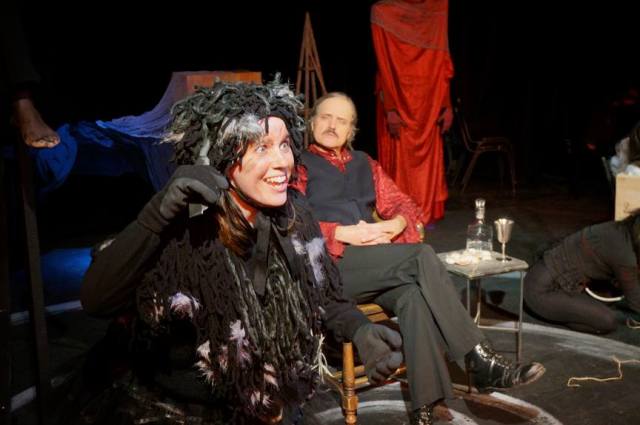 THE CONCHOLOGIST: A DREAM OF EDGAR ALLEN POE