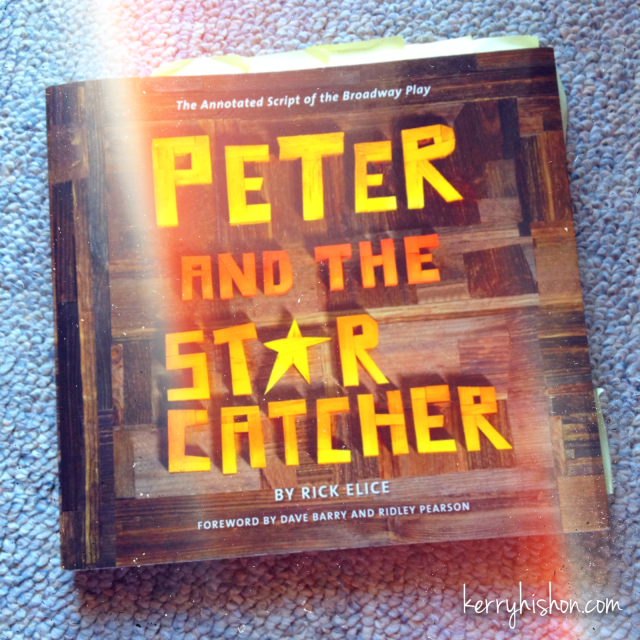 I am obsessed with Peter and the Starcatcher. I saw it on Broadway years ago and went absolutely crazy over it. In its simplest terms, it’s the story of Peter Pan and Captain Hook… before they became Peter Pan and Captain Hook. A prequel series written by Ridley Pearson and Dave Barry, it was adapted for the stage (dropping the plural “Starcatchers” into just one Starcatcher) by Rick Elice and became a huge hit, winning five Tony Awards.

When I saw it, I was absolutely blown away. The show is performed by 12 actors (11 men, 1 woman) playing multiple parts in the same basic costume, telling the story with basically what amounts to garbage. They create pirate ships and rooms out of ropes, swords out of toilet plungers, forests out of umbrellas and surfboards, and entire oceans with nothing more than some creative lighting. It’s mind-blowing how much they can achieve with so little. I think that’s a testament to the quality of the story. Great stories endure!

Not only did I get to meet the entire cast (having my photo taken with Celia Keenan-Bolger, who played Molly, was a particular highlight — see the photo below!), but I went a little bonkers buying up souvenirs of the show, including the t-shirt, a bracelet, and of course, the script. But this is no ordinary script book! It’s packed with photos of the production, annotations by the authors and playwright, cut scenes from the show, and lots of insider tidbits. 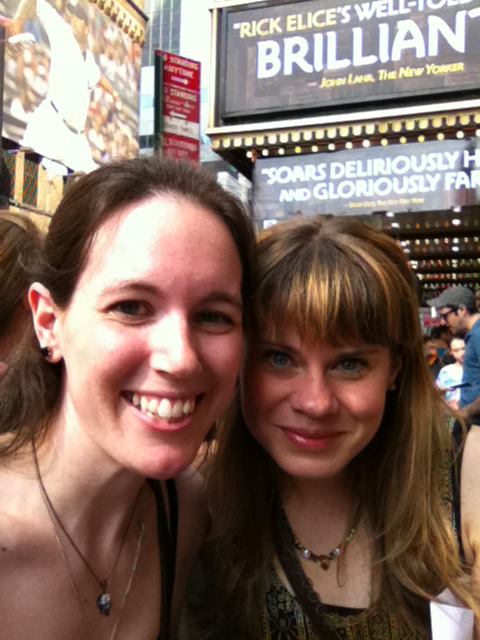 This book has become an invaluable tool for me as a teacher, particularly because of the wonderful, expressive photos (you’ll notice in the photo above that my copy is tabbed up with post-it notes at my favourite photos!). When I teach tableau classes, this is my go-to book for one of my favourite exercises. The class is divided up into small groups of 3-5 people. One person is assigned to be the director, and they are shown a photo from the book. It’s then their job to get the rest of the group to create the same picture with their own bodies, through any means necessary — using words, actions, gestures, demonstrations. It’s a great way to get the groups up and active, and for the actors to work on listening, focusing, and problem solving. They need to look at details, such as facial expressions, hand positions, and posture.

After the actors form the tableau, I go from group to group and see how close they got to imitating their pictures. After they’ve released their frozen pictures, their favourite part of the exercise always seems to be seeing the picture, finding out who they were “playing,” and finding out more about the characters and the story. I’ve had young actors from as young as six to high school seniors absolutely transfixed by the story of the boy (simply called “Boy” in this version) who never grew up.

If you are in the southwestern Ontario area, the Shaw Festival is presenting Peter and the Starcatcher as part of their 2015 season. I will definitely be going to see this show… probably more than once! It’s also on the Music Theatre International page as a restricted release, but rest assured, as soon as it becomes available, I will be looking into getting it produced here in London!

If you would like to purchase your own copy of the annotated script, you can buy one at the official PATSC site!

Disclaimer: This is not a sponsored post… I just LOVE this script/show/story!