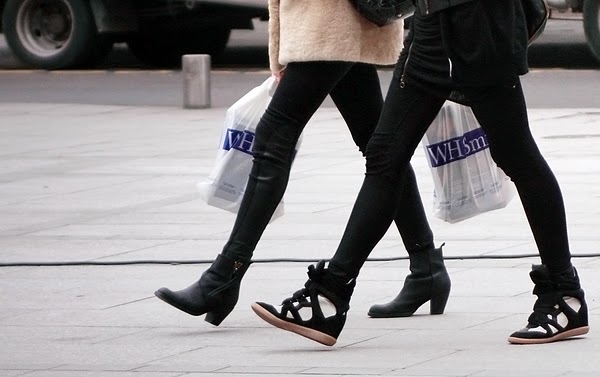 And I feel crazy guilty about it.

I could make excuses.  I could say, “Well, on Saturday I was busy working on [THEY FIGHT!] stuff.  I had to write a scene and I had a meeting with Brock.”  I could say, “I spent all day in Toronto on Sunday at the Jays game.”  I could say, “It was unseasonably cold all weekend and it even snowed a little overnight!”

Or I could stop making excuses and just run.

If I hadn’t procrastinated on writing the scene, I could have ran Saturday morning before the meeting.  I could have ran first thing on Sunday morning, but I stayed up too late the night before.  And even though it’s cold outside, my apartment building has a gym with two treadmills.  I could have gone and ran inside.  But I didn’t.

If you truly want something badly enough, you will make the time to make it happen.  You have to put in the time and effort to make it work.

So this week, I commit to going out to run at least twice, to make up for the run I missed this weekend.  Granted, it is much easier to work out with a friend.  But if I have to, I will do it myself!  I want to become a runner, so I will take the steps to make it happen.

In other news, I have achieved my fundraising goal for the Run for Ovarian Cancer!  Thank you SO MUCH to those people who have donated — you are amazing!  However, the run isn’t until May 12, which means I still have time to raise more money!  My goal now is to double my current goal, which is $100 — so the new goal is $200!  So please, consider sponsoring me in the Run for Ovarian Cancer.  Any amount helps!  And you will receive an income tax receipt for any donation over $20.  Please donate!  🙂